Tutankhamun, The Boy King and his treasures - a Zoom online lecture 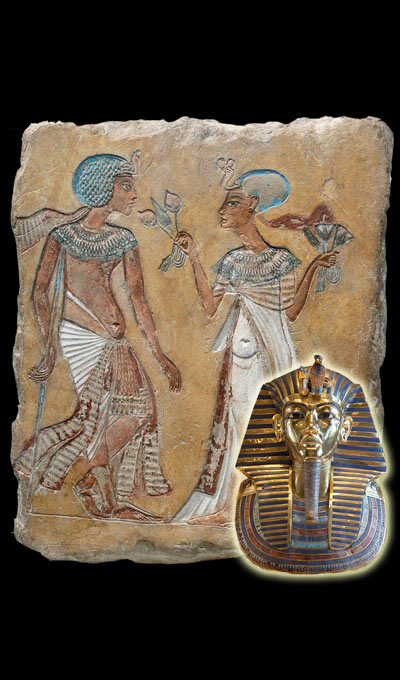 Next year is the centenary of the day Howard Carter discovered Tutankhamun tomb with its its stunning golden death mask and treasures. It is probably the most fantastic archaeological discovery of all time!

Tutankhamun, the New Kingdom's famous 18th Dynasty Egyptian boy king/ pharaoh was the last ruler of his royal family line. His father was (probably) the pharaoh Akhenaten, who some believed to be the mummy found in the tomb KV55. His mother was (probably) his father's sister, sister identified through DNA testing as an unknown mummy referred to as "The Younger Lady"

Tutankhamun was involved in the restoration of the Ancient Egyptian religion after its dissolution by Akhenaten - the heretic pharaoh and began restoring old monuments damaged during the previous Amarna period.

Erica is an enthusiastic amateur Egyptologist, she got the bug as a six year old when she was able to see an unwrapped had of a mummy in a case at the Hancock museum in Newcastle. This became a fascination after seeing the Tutankhamun exhibition at the BM in 1972.

Erica's particular interests are Ancient Egyptian food and farming (having worked in the food industry for 35 years), and the lives of Ancient Egyptian Women.  In 1994, she with two friends, set up the Thames Valley Ancient Egypt Society and has been a committee member ever since. She has visited most of the major sites in Egypt, and has dragged he (long suffering) husband all over the world visiting Ancient Egyptian collections as far apart as Tokyo, New York, Turin and Sydney.

Free to MAS and AIM members, £3.00 for non-members